Fibber McGee and Molly is a situation comedy radio show that was broadcast from 1935-1959 on the National Broadcasting Company, and can still be heard today on various local stations broadcasting old-time radio programs.

The show was known for its vaudeville humor and Midwestern flavor. The action revolved mainly around Fibber and Molly McGee. Their friends and neighbors would visit the McGees' home and discuss events of the day, or join in on whatever the McGees were doing.
Read more 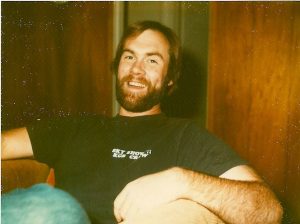