There was a major earthquake on the west coast of Mexico near the Colima-Michoacan border this morning at 11:05a.  It initially measured 7.6 on the Richter scale.  It was felt in Guadalajara, Acapulco and Mexico City.  No word yet on damage or whether there will be Tsunami watch.  https://earthquake.usgs.gov/earthquakes/eventpage/us7000i9bw/executive

The Valley Center Planning Group last week rejected the concept for multiple roundabouts as traffic calming measures on Valley Center Road.  The vote was 11-3 with one abstention and is consistent with the Valley Center Fire board’s recent vote against the plan.  VC Planning is advisory-only to the county and the ultimate decision will be made by county supervisors. www.valleycenter.com

Three members of La Jolla reservation tribal law enforcement were sworn in by the BIA Thursday, giving them commissions as federal officers.  La Jolla is one of 21 tribes in California whose officers have this status, which allows La Jolla to try cases federally as well as tribally. www.valleycenter.com

An officer from the Menifee Police Department was involved in a shooting Friday at an apartment in the 27700 block of Aspel Road in Sun city.  A suspect holding a semi-automatic weapon opened fire as he opened the door to his apartment when officers tried to contact him.  Neither officer was injured.  One officer returned fire.  19-year old Robert Arres of Menifee was arrested on a variety of charges.  https://myvalleynews.com/blog/2022/09/17/menifee-police-officer-uninjured-after-shooting-incident/

San Diego Sheriffs yesterday arrested two burglary suspects after employees observed them on surveillance video breaking into a Montessori school in the 800 block of Sycamore Avenue in Vista.  With the help of an Escondido Police K-9, 56-year old Richard Wells and 35-year old Robert Lund were located on school property.  Both were booked into Vista jail. https://www.10news.com/news/local-news/north-county-news/two-burglary-suspects-arrested-at-vista-school

The previous evening Sheriff’s deputies arrested a man and three juveniles in a white Nissan Sentra for allegedly stealing cell phones and cash from four other juveniles on Wave Drive in Vista.  The driver of the car is alleged to have robbed one juvenile at gunpoint. He’s identified as Anthony Aguilar.  Names of all the others are being withheld due to their age.  Deputies recovered stolen items and the gun, which has been reported stolen out of San Diego.  All four suspects were booked on suspicion of weapons and robbery.  https://www.10news.com/news/local-news/north-county-news/four-suspects-arrested-in-robbery-of-teens-in-vista

Gov. Gavin Newsom signed a sweeping package of bills Friday to expand California’s reliance on clean energy and reduce carbon emissions.  The new laws include proposals aimed at reducing exposure to gas and oil pollution in communities of color, expanding clean energy jobs and accelerating the state’s timeline for getting most of its electricity from renewable energy sources.  The news laws coincidentally fall on the heels of a record-breaking heat wave that forced California to rely more heavily on natural gas for its electricity production. https://www.kpbs.org/news/environment/2022/09/16/california-governor-signs-sweeping-climate-legislation

In Major League Baseball – After losing the opener of its four-game series at Arizona, the Padres went on to win the next three games with a combined 20 runs to Arizona’s 4.  Meanwhile the first-place Dodgers swept the Giants in San Francisco, but needed extra inning yesterday.  Colorado took two out of three from the Cubs, who’ve now been eliminated from playoff contention.  Philadelphia got swept by Atlanta, dropping them further behind San Diego for an NL Wild Card and closer to being overtaken by Milwaukee for the final Wild Card.  The Brewers took two out of three from the Yankees.  The Angels took three from the visiting Mariners and get a chance at a four-game sweep today.  The A’s lost two out of three at Houston who have now clinched a playoff spot. The Padres and Phillies are off today.  The Dodgers host Arizona.  Colorado hosts San Francisco.  Milwaukee hosts the Mets.

In the Minors – The Lake Elsinore Storm beat Northern division champion Fresno yesterday 13-2 in the first of a best of three series for the California League championship.  Games two and three (if necessary) will be in Fresno tomorrow and Wednesday at 7p.  https://www.milb.com/lake-elsinore/schedule/2022-09

In the NFL – Yesterday was comeback day with games improbable wins by the Dolphins, Jets, Cardinals, and Broncos.  It began with the Jets scoring two touchdowns in the final two minutes to beat Cleveland 31-30.  Down by 21 at the half, Miami outscored Baltimore 35-10 in the second half to win 42-38. Denver pulled off a touchdown and a field goal in the 4th quarter to beat Houston 16-9.  And Arizona, who had yet to score before the third quarter, managed to score 23 points in the second half to take the game to overtime and then win it on a fumble return 29-23 over the Raiders.  Yesterday’s other winners included Detroit, Tampa Bay, the Giants, New England, Jacksonville, San Francisco, Dallas, Green Bay and the Rams over the visiting Falcons 31-27.  Today’s games are Tennessee at Buffalo on ESPN and Minnesota at Philadelphia on ABC Monday Night Football.

In the NBA – Dennis Schroder is back with the Lakers on a one-year $2.6m contract.  He’d previously turned down a contract extension with LA to enter free agency.  He ended up having to settle for a one-year $5.9m deal with Boston, but was traded to Houston where he played just 15 games last season.  The 29-year old has a career average 14.2 points and 4.2 assists per game.  Schroder had just competed in the EuroBasket semifinal loss by Germany to Spain, who went on to win the gold.  Schroder and Germany earned the Bronze medal in this year’s EuroBasket tournament. https://www.espn.com/nba/story/_/id/34605869/dennis-schroder-back-los-angeles-lakers-one-year-26-million-deal-agent-says

Local high school sports – Friday night at Great Oak, Chaparral defeated the Wolf Pack 29-16.  It was the 5th consecutive win for the Pumas and 12th out of 17 in games between the two. https://www.pe.com/2022/09/16/devyne-pearson-chaparral-defense-too-much-for-great-oak-football/

As of midday trading on Wall Street, stocks were mostly flat.  As the UK takes the off for the Queen’s funeral, most of the rest of the business world seems to be as well.  The Dow and S&P were each up a small fraction.  The NASDAQ was down a small fraction.  Gold fell $5.10 an ounce to $1,678.40.  Oil futures were up 33 cents to $85.44 a barrel.

The Federal Reserve’s two-day meeting later this week will result in what’s expected to be another ¾ of a percent increase in interest rates.  The stock market took that into consideration last week and the bond market reached its highest level in over ten years ahead of the likely rate increase.  The benchmark US 10-year Treasury note reached 3.5% and the two-year note hit 3.9% – its highest level in 15 years.  Sixteen other global central banks, including the Bank of England are expected to join the Fed in further tightening monetary policy this week. https://www.cnn.com/2022/09/19/investing/dow-stock-market-today/index.html

Over the weekend at the movie box office, “The Woman King” starring Viola Davis debuted in first place, selling $19m worth of tickets.  Last week’s top film, “Barbarian” was second with another $6.3m, followed by the debuts of “Pearl” and “See How They Run”, each on about a thousand fewer screens than Woman King.  Each sold about $3.1m in tickets.  “Moonage Daydream” opened in 10th place on just 170 screens, but with the best per-screen average of any film this week.  This week’s total for the Top Ten films bounced back from what was close to the lowest level all year last week.  The $42m total was about equal to the two weekends that closed out the summer season and still in the bottom five for this year. https://www.boxofficemojo.com/weekend/2022W37/

Actor Henry Silva, who played tough guys in films including “The Manchurian Candidate” and the original “Ocean’s Eleven” has died of natural causes at the age of 95.  He attended the Actors Studio in the 1940s alongside Shelley Winters and Ben Gazzara.  He retired from acting in 2001.  He’d most recently been living at the Motion Picture and Television Country House and Hospital in Woodland Hills. https://www.pe.com/2022/09/17/henry-silva-known-for-many-tough-guy-roles-dies-at-95/

Over the weekend, the Aston Martin DB5 owned by the late Sean Connery sold at auction in Monterey for $2.4m.  The silver coupe is just like the one Connery drove in the 1964 James Bond movie, “Goldfinger” but without the guns, ejector seat and other gadgets.  This one was also never used in the film.  Connery purchased it in 2018, two years before his death.  It was the only Aston Martin he ever owned.  The selling price was as much as a million more than expected and almost 2 ½ times what a similar DB5 in perfect condition without a celebrity connection would be worth.  The DB5 has come to be known as the quintessential James Bond car and has reappeared in more recent episodes of the Bond franchise.  An example that actually was used in the filming of Goldfinger sold for $6.4m three years ago.  https://www.cnn.com/2022/08/20/business/sean-connery-aston-martin-db5-sale/index.html

On this day in music history – September 19,

Lots of birthdays today – Born on this day … 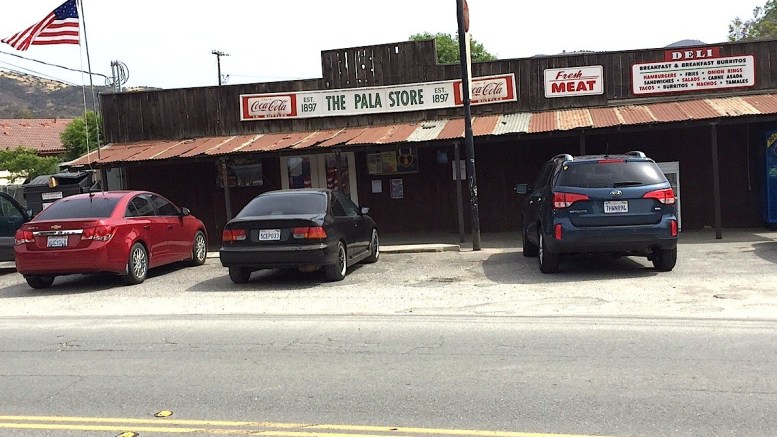