As Washington DC and the national in general came to terms with the transition to the Biden administration yesterday, about two dozen people protested it at the Temecula Duck Pond yesterday morning.  Conservative activists and election deniers from San Diego to Chino gathered to wave flags and display signs including alleged election fraud and a call to “impeach Biden”.  One protestor told reporters she was disgusted with both political parties.  Many of those at the rally belonged to an organization called the Constitution Association, according to its co-founder who was also there.  Protestors took a final group photo around 10a and dispersed. https://www.pe.com/2021/01/20/trump-supporters-protest-in-temecula-as-biden-takes-presidency/?utm_email=946A3466143F05F8048025F082&g2i_eui=hIjOLBCpMBvgAnV6veluajAw11SwLDTA&g2i_source=newsletter&utm_source=listrak&utm_medium=email&utm_term=https%3a%2f%2fwww.pe.com%2f2021%2f01%2f20%2ftrump-supporters-protest-in-temecula-as-biden-takes-presidency%2f&utm_campaign=scng-pe-localist&utm_content=curated

Indian Health Council is offering Covid-19 vaccinations this Saturday at IHC Rincon.  IHC-registered patients over age 65 with moderate to severe chronic conditions and their primary caregiver only are eligible.  You must make at appointment at 760 749 1410 x5271.  To register as a patient or to determine eligibility, call the same number, x 5297 or 5285.  Non IHC patients can get vaccine information from the county at www.211sandiego.org or at 800 227 0997

Riverside County has announced six new vaccination clinics, registration for which began today at noon.  3,900 out of 26k doses of Pfizer vaccine received by the county this week will be distributed to the new drive through clinics in Perris, Indio and Lake Elsinore for Phase 1A (all tiers) and 1B tier 1, which included everyone 65 and older.  The rest of the new shipment is being distributed to private providers.  Lake Elsinore will serve those with appointments tomorrow and Saturday.  It’s only for those 65 and older.  Perris will be open Sunday for all categories and Monday-only for 65 and older.  Everyone will need to bring proof of eligibility. Supply continues to hamper vaccination capacity. https://www.pe.com/2021/01/20/riverside-county-announces-six-new-coronavirus-vaccination-clinics/

Pandemic expert, Dr. Anthony Fauci says a “degree of normalcy” is possible by the fall if 85% of the population is vaccinated by the end of summer target date. https://www.marketwatch.com/story/fauci-says-degree-of-normality-possible-by-fall-if-85-of-population-vaccinated-by-end-of-summer-2021-01-21?mod=home-page

Free Covid-19 testing for anyone is available at numerous sites in San Diego and Riverside Counties including the west parking lot at Pala Casino.

Valley Center residents are getting tired of the construction delays along Cole Grade Road as SDG&E crews work to underground utility lines.  Traffic delays of up to 25 minutes have been common this month.  They’d likely be worse if school weren’t being held remotely.  Residents have contacted County Supervisor Jim Desmond who has referred the matter to his public safety and policy advisor to review and contact SDG&E.  Possible solutions include night work. https://www.valleycenter.com/articles/residents-complain-about-long-cole-grade-delays/

A fire yesterday in Carlsbad forced the evacuation of homes near the intersection of Park and Marina Drives near Capri Park.  Air support was brought in to halt the spread of the fire at about three acres by 3:30p.  There were no injuries or damage to homes. https://www.10news.com/news/local-news/north-county-news/fire-ignites-near-carlsbad-homes-prompting-evacuations

Rez Radio provides a daily updated bulletin board of resource links and current status of local businesses during the pandemic.  The latest addition to the bulletin board is Vaccine information – the how, when and where of its availability and answers to questions about its safety. It’s in each day’s e-newsletter and at our website, www.RezRadio.FM .

In the NFL – ESPN is reporting today that the Philadelphia Eagles will hire Indianapolis offensive coordinator Nick Siriani as their new head coach.  He’d had an extensive interview with the team on Tuesday and was believed to be one of two short list candidates along with New England Patriots offensive coordinator Josh McDaniels.  https://www.espn.com/nfl/story/_/id/30753841/philadelphia-eagles-hiring-nick-sirianni-head-coach-sources-say

The Washington Football Team has become the first NFL team to land a sports betting license.  Their Virginia authorization is in partnership with FanDuel. https://www.espn.com/nfl/story/_/id/30754549/washington-football-team-becomes-first-nfl-team-land-betting-license

The conference championship games are this Sunday.

In the NBA – Two games were postponed yesterday due to Covid.  Of the 9 played, the Clippers beat Sacramento in LA 115-96.  Kawhi Leonard had 32 points for LA.  Atlanta beat Detroit 123-115 in overtime.  Cleveland beat Brooklyn 147-135 in double overtime.  Colin Sexton scored 42 points for the Cavs and Kevin Durant had 38 points in the losing effort. Other winners were Dallas, Philadelphia, Miami, Orlando, Phoenix, and Golden State.  Today the Lakers are at Milwuakee, New Orleans is a Utah, and Golden State hosts New York.

In college basketball – A pair of top 20 upsets yesterday.  Unranked Providence knocked off #11 Creighton 74-70.  And Georgia Tech routed #20 Clemson 83-65. 16 games including 7 involving Top 25 teams were postponed due to Covid.

In the NHL – Five games with two of them ending in shootouts yesterday.  Vancouver topped Montreal 6-5 in a shootout and San Jose outgunned St. Louis 2-1 in the other one.  Minnesota edged the Ducks 3-2 in Anaheim.  Vegas beat the vistors from Phoenix 5-2.  And Edmonton over Toronto 3-1.  Six games tonight including the Kings hosting Colorado.

In golf – The American Express tournament is under way in La Quinta.  Andrew Landry is the defending champion.  With most of the field still on the course, Korea’s Byeong-Hun An had the early lead at 7-under par 65 in the clubhouse. https://www.espn.com/golf/leaderboard

Shortly after taking office yesterday, President Biden signed 15 executive orders, undoing policies put in place by the Trump administration and making the first moves to confront the pandemic and climate change. Among the orders, revoking the permit for the Keystone XL pipeline, halting the process of withdrawing from the World Health Organization, establishment of a new White House office coordinating pandemic response, and beginning the process of re-entering the Paris climate accord.  The President also asked the CDC to extend the moratorium on evictions until the end of March, and for the Department of Education to suspend student loan payments until the end of September. https://www.reuters.com/article/us-usa-biden-executiveactions/biden-rolls-back-trump-policies-on-wall-climate-health-muslims-idUSKBN29P1E7

Departing Federal Communications chairman Ajit Pai said yesterday that potential Chinese espionage and threats to U.S. telecommunications networks and internet freedom are the biggest national security threats regulators will face in the next four years. During his four years with the FCC, the organization cracked down on Chinese network manufacturers including Huawei and ZTE.  Last month they began the process of revoking China Telecom’s authorization to operate in the U.S.  https://www.reuters.com/article/us-usa-china-fcc/departing-u-s-fcc-chair-warns-of-threats-to-telecoms-from-china-idUSKBN29P2TS

At yesterday’s inauguration, what people were wearing was as big a topic in some circles as the transition political power and the words of the various speakers.  Purple was the color of the day as a mix of red and blue, representing the two parties.  Jill Biden and Vice President Kamala Harris wore American designer outfits.  Invited singer, Lady Gaga went as over the top as possible within the bounds of the occasion.  But the most unexpected fashion statement of the day came from Senator Bernie Sanders, whose patterned mittens have become a viral meme.  They’re Vermont-made and he wore them throughout the campaign trail. www.nytimes.com

It’s been said future wars will be waged in cyberspace.  That calls for defense to recruit the best and brightest tech talent.  The just-updated website for President Joe Biden carries in it a hidden invitation for tech specialists smart enough to find it.  It offers them a chance to join the U.S. Digital Service, a technology unit within the White House originated by President Obama in 2014 to help revamp government services.  Tech specialist generally join the Digital Service for one or two years. https://www.reuters.com/article/us-usa-biden-digital-service/in-hidden-message-on-white-house-website-biden-calls-for-coders-idUSKBN29P2IZ

The Sahara Desert is one of the driest places on Earth because it never rains there.  Well, not much.  But snow?  Never.  Mmmm, not so fast, Frosty.  It did snow in the Sahara one week ago on the 13th as temperatures dipped below 27 degrees inn parts of Saudi Arabia and Algeria.  Photos of snow covered sand dunes have been viral on social media over the past week.  It’s not like it’s the first time.  In fact it also happened just three years ago.  And 13 years ago a song was written about it, though mainly as an analogy about something being rare.  Which in the big scheme of things, it still is. https://www.bbc.com/news/av/world-africa-42627090

On this day in music history – January 21, 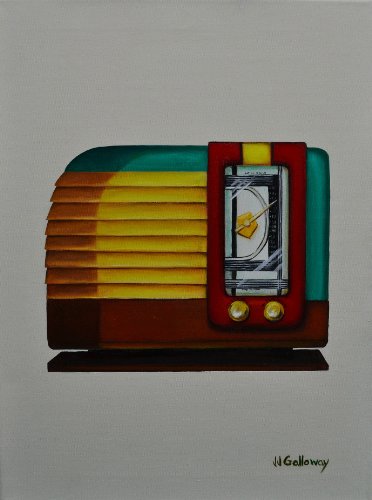