To help with pandemic-driven hospital overcrowding, the state is opening six alternative-care sites including one in Murrieta.  All are licensed as Residential Care Facilities for the Elderly and other designations that meet Department of Public Heath requirements.  All are currently empty and will house only Covid-19 positive patients.  The one in Murrieta has six beds. https://www.pe.com/2021/01/12/state-taps-indio-for-one-of-six-covid-19-alternative-care-sites/

San Diego County Supervisors including three newly-seated board members yesterday voted to increase enforcement on businesses and organizations not in compliance with safe reopening guidelines, and to extend Great Plates free meals and income stipend programs.  They also directed staff to look into possibly preventing repeat violators of public health orders from being eligible for Covid-19 financial assistance.  To date, the county has received 17k complaints about health order violations and issued 335 cease and desist orders. https://www.countynewscenter.com/board-receives-update-on-countys-covid-19-response/

Phase 1A-eligible county residents who are unable to get vaccinated through their health care provider can make an appointment online at www.VaccinationSuperStationSD.com .

The CDC is calling on states to begin delivering vaccine to people age 65 and older and not hold back on the second dose.  Riverside County is expecting to start administering vaccine to those over 74 and to teachers and law enforcement as soon as next week – a group known as Tier 1 of Phase 1B.  65 and older are included in Tier 2 of 1B.  As of yesterday, Riverside County Health reported just under 29k first shots had been administered countywide. https://www.pe.com/2021/01/12/riverside-county-elderly-teachers-could-get-coronavirus-vaccines-next-week/

Riverside County Health director Kim Saruwatari says the county is having a problem with people showing up to vaccination appointments who aren’t yet eligible to receive a vaccine.  They get sent away without a shot, but delay distribution by taking up available appointments and space in line.   Eligibility guidelines are available at this link.  https://www.ruhealth.org/covid-19-vaccine

International travelers into the U.S. will need to present proof of a negative Covid-19 test before being allowed entry in the U.S. beginning January 26.

A tractor trailer rig overturned on Highway 79 near Sage Road in Aguanga this morning just after 3:30a.  Both lanes of the highway were closed for about 2 hours. https://myvalleynews.com/semi-truck-overturns-on-highway-near-aguanga/

Riverside’s annual Martin Luther King Day walk-a-thon has been cancelled due to pandemic.

It’s going to heat up for the next three days.  The full forecast is coming up.  (below)

Rez Radio provides a daily updated bulletin board of resource links and current status of local businesses during the pandemic.  The latest addition to the bulletin board is Vaccine information – the how, when and where of its availability and answers to questions about its safety. It’s in each day’s e-newsletter and at our website, www.RezRadio.FM .

In the NFL – Three days after the surprising early end to a season in which Seattle scored the most points in franchise history, the Seahawks have fired offensive coordinator Brian Schottenheimer.  After the Monday night meeting following Sunday’s 30-20 season-ending loss to the Rams, it was evident there were philosophical differences between Schottenheimer and head coach Pete Carroll.  https://www.espn.com/nfl/story/_/id/30701471/seattle-seahawks-citing-philosophical-differences-part-offensive-coordinator-brian-schottenheimer

Chicago defensive coordinator Chuck Pagano has decided to retire at the age of 60.  Before joining the Bears in 2019 he’d been head coach with Indianapolis for six seasons. The Bears are likely to retain head coach Matt Nagy and general manager Ryan Pace. https://www.espn.com/nfl/story/_/id/30701671/sources-chuck-pagano-retire-chicago-bears-likely-retain-matt-nagy-ryan-pace

The Las Vegas Raiders have Gus Bradley as their new defensive coordinator.  After a promising 6 and 3 start, they finished this season 8 and 8.  Defensive line coach Rod Marinelli had been filling in since DC Paul Guenther was fired December 13. https://www.espn.com/nfl/story/_/id/30699099/gus-bradley-tabbed-las-vegas-raiders-team-dc

In the NBA – Six games played and one postponed yesterday.  The Lakers beat Houston 117-100.  Kevin Durant’s 34 points led Brooklyn to a 122-116 win over Denver.  Other winners included Indiana, San Antonio, Utah, and Philadelphia 137-134 over Miami in overtime.  Boston at Chicago was postponed.  The Celtics will also miss today’s game hosting Orlando, and the Utah at Washington game is off due to Covid as well.

The league is tightening coronavirus protocols to preserve a season that is now seeing daily game cancellations.  The NBA and the players union yesterday agreed to eliminate outside visitors including family in team hotel rooms and no longer allow players and staff to leave hotel rooms for non-team activities. https://www.espn.com/nba/story/_/id/30699678/added-nba-protocols-prohibit-non-team-guests-hotel-rooms-require-masks-bench

In the NHL – The league announced that as of yesterday’s end of training camp, 27 players had tested positive for Covid-19.  17 of them were from the Dallas Stars which shut down their training facility last Friday after an outbreak.  The Stars’ first three games have all been postponed. https://www.espn.com/nhl/story/_/id/30701469/nhl-says-27-players-tested-positive-covid-19-training-camps

The NHL opens its 56-game regular season today with five games – Pittsburgh at Philadelphia, Montreal at Toronto, Chicago at Tampa Bay, Vancouver at Edmonton, and St. Louis at Colorado.

YouTube yesterday joined a growing list of social media platforms that have suspended posts by President Trump citing violations of policy for inciting last week’s violence at the Capitol. https://www.reuters.com/article/us-usa-election-youtube-trump/youtube-suspends-trumps-channel-after-violating-policy-on-inciting-violence-idUSKBN29I0F9

Affirm Holdings and Motorsport Games both debuted Initial Public Offerings today.  Both did extrememly well in their first day of trading – Affirm up 110%, Motorsport up 90%.https://www.marketwatch.com/articles/motorsport-affirm-ipos-are-set-to-begin-trading-51610552791?mod=mw_latestnews

General Motors yesterday took self-driving vehicles to the next level … literally.  It unveiled a futuristic flying Cadillac.  The single passenger vertical takeoff and landing drone can carry one passenger from urban rooftop to rooftop at up to 55 miles an hour.  It’s fully autonomous and all-electric with four pairs of rotor blades.  The flying Caddy was part of a virtual keynote address for this year’s Consumer Electronics Show.  In it, Chief Executive, Mary Barra also introduced a family-friendly Cadillac electric shuttle. https://www.reuters.com/article/us-tech-ces-general-motors-flying-car/look-up-in-the-sky-its-a-flying-cadillac-gm-unveils-futuristic-vehicle-idUSKBN29H2NC

Following Six Flags Magic Mountain’s lead, SeaWorld San Diego is offering a first-ever amusement park drive-through event.  The Sesame Street Parade of Lights will run Fridays through Sundays beginning this week through Valentines’ Day.  A similar formula for a drive-through event debuted at Magic Mountain in November and was so popular, it’s been extended through the end of January.  SeaWorld’s Sesame Street event is $50 per car with discounts for pass holders.  Date and time specific tickets must be purchased in advance at SeaWorld’s website. https://www.pe.com/2021/01/12/another-southern-california-theme-park-turns-to-a-drive-thru-event-during-the-pandemic/

All 33 San Diego County libraries have shifted to door-side service with books DVDs, CDs and audio books available for order online and pickup at a designated area outside your chosen branch library.  All digital materials can still be accessed 24/7 with the Libby app.  The county library has posted its 2020 Top Ten list for most popular checkouts.  https://www.countynewscenter.com/looking-for-a-good-book-check-out-2020s-top-10-checkouts/

On this day in music history – January 13, 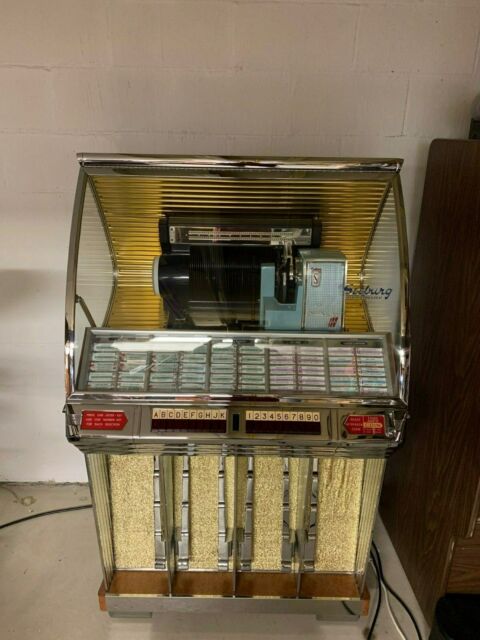 Juke in the Back

with Matt the Cat

Matt The Cat presents the soul that came before rock n’ roll: 1950s rhythm and blues. Each week, this underrated and rollicking music plays on that old Rockola Jukebox in the back.