A fatal accident on Pala Temecula Road closed the connector between Pala and Temecula for more than four hours beginning about 4:45p yesterday.  A Jeep Grand Cherokee driven by an 18-year old from Pala went off the road at high speed, hitting a tree.  A passenger partly ejected from the vehicle died at the scene.  All had been pulled from the vehicle by passersby.  The driver and two other passengers were taken to area hospitals.  The driver was taken to Inland Valley Medical Center with major injuries and arrested for suspicion of driving under the influence of cannabis.  The investigation kept the road closed until about 9p. https://www.valleycenter.com/articles/solo-vehicle-fatality-on-pala-temecula-road-tuesday/

Governor Newsom’s basic pandemic health orders remain in effect with new restrictions announced at this afternoon’s media conference.  Newsom’s exact words yesterday were that the state should “tighten things up” going into the holiday weekend.  Today’s announcement won’t create many changes in San Diego or Riverside Counties.  The Governor announced the closure of all bars in the 19 California counties being watched due to elevated infection and hospitalization numbers.  San Diego is not one of the 19 but had already voluntarily closed all bars effective today.  Riverside is one of the 19 and voluntarily closed bars effective yesterday.  Orange County was added to the list of 19 on Monday and will now have to close all bars.  Restaurants will have to cease all indoor seating for at least the next three weeks.  Outdoor dining is OK.  The other statewide closure announced for the holiday weekend was for state beach parking lots.  Associated beaches themselves will be closed as well if adjacent locally controlled beaches are closed as they are in LA County.  The Governor also outlined how the state will work with counties for increased enforcement of health orders and said the state is in discussions with tribal leaders over the operation of casinos, their bars and restaurants on sovereign land.  Everyone statewide is already required to wear a face covering when in public and within six feet of non-family members.  The state has now had 223k infections.  That’s up almost 50% in the past two weeks.  COVID-19 hospitalizations statewide are up 43% in that time. https://www.kpbs.org/news/2020/jun/30/newsom-to-tighten-things-up-as-coronavirus-cases/

Dr. Anthony Fauci testified before the U.S. Senate yesterday that things could quickly get out of control with the current 40k daily new cases rising to 100k per day if Americans don’t start following public health recommendations.  The U.S. has 4% of the world’s population, but accounts for one quarter of all novel coronavirus infections and COVID-19 deaths.  https://www.nytimes.com/2020/06/30/us/politics/fauci-coronavirus.html

As of yesterday, San Diego County had 14,149 diagnosed cases of COVID-19 with 365 deaths. That’s a record-high for the fifth day in a row with 815 new cases and 4 additional deaths since Monday.  (SD County media release)

San Diego County today is initiating a mandatory 10p closing time for restaurants.  Only employees will be allowed to be inside San Diego County restaurants between the hours of 11p and 5a. https://www.countynewscenter.com/san-diego-restaurants-to-close-nightly-at-10-pm/

Riverside County has now had 17,296 diagnosed cases of COVID-19.  There have been 457 deaths in the County.  That’s 662 new cases from the previous day and 17 additional deaths. (RivCo media release)

At last week’s Valley Center Fire Protection District board meeting a new Advanced Life Support fee of $100 was instituted for first responder calls to help recover some of the $154k it will cost to reestablish Paramedic Squad 162 in Valley Center.  The new ALS fee is in addition to cost recovery systems for fires, EMS calls and traffic collisions.  Last year’s loss of an ambulance unit provided by Mercy left a funding gap that Fire Chief Joe Napier says will eventually be covered by new housing construction fees.  He also noted that call volume has increased with initial Phase 1 reopening.  Valley Center Fire responded to 191 calls in May compared with 139 in April. https://www.valleycenter.com/articles/vc-fire-board-adopts-als-first-responder-fee/

The city of Menifee today began operating its own police department, ending its law enforcement contract with Riverside County Sheriffs.  The 12-year old city now has its own 31 officers patrolling 50 square miles including Sun City, Romoland, Audie Murphy Ranch and other communities within the Menifee city limits.  Pat Walsh, the new Chief of Police most recently held the same post in Lompoc.  He spent his first dozen years in law enforcement with LAPD before moving to Portland from 1992 to 2014.  The new police headquarters is the former Menifee City Hall on Haun Road.  Walsh says that by the end of next month staffing will be 44 officers, 16 ranked supervisors and 17 support staff.  Saving money was a goal for the city in making the switch.  The cost to continue with contracted service from the Sheriffs would have been $18m for the next 12 months.  The city’s budget for its new department is $14.8m.  But the Sheriff’s contract called for only 120 hours a day of patrol.  The new police department will provide 210 combined hours per day.  The decision for the change came after a study commissioned by nine cities including Temecula, Wildomar and Lake Elsinore.  Moreno Valley was likely to see the biggest savings.  But they decided to stay with Riverside Sheriffs.  The report had said Menifee’s costs would likely go up if they opened their own police department. https://pe-ca.newsmemory.com/?utm_email=448D049F345E3474246F94E669&utm_source=listrak&utm_medium=Email&utm_term=View+Today%27s+Newspaper&utm_campaign=press-enterprise-enotify

With this Friday being a work holiday in observance of 4th of July, trash pickup in Pala is being moved up one day.  If your normal trash day is Friday, have your cans out a day early tomorrow (Thursday).

Rez Radio provides a daily updated bulletin board of resource links and current status of local businesses.  It’s in each day’s e-newsletter and at our website, www.RezRadio.FM .

In baseball – The minor leagues officially canceled their seasons yesterday.  The head of their governing body said that more than half of the 160 teams are in danger of failing without government assistance or other revenue.  National Association of Professional Baseball Leagues president Pat O’Connor noted that “We are a fans-in-the-stands business.”  And that playing without spectators doesn’t make financial sense.  85% of minor league revenue comes from ticket and concession sales.  https://www.espn.com/espn/story/_/id/29389693/baseball-minor-leagues-cancel-2020-seasons-due-coronavirus

In basketball – JR Smith has signed with the Lakers.  A spot for the free-agent guard became available when LA’s Avery Bradley opted out of the season restart one week ago.  https://www.espn.com/nba/story/_/id/29394050/jr-smith-signs-lakers-rest-season

Sources today told ESPN that the three-month “bubble” being created for then NBA at the Disney World Resort will cost the league $150m for lodging, playing venues, meals, security, medical support and other items.  But the league feels that playing 88 regular season games and four rounds of playoffs will shelter itself from greater extended losses.  https://www.espn.com/nba/story/_/id/29394052/orlando-bubble-cost-nba-more-150-million

In local high school sports – all classes and scheduled games are cancelled TFN.

The Senate has already approved it, but House Democrats were still in discussions with Republicans over whether to extend the Paycheck Protection Program.  The House is expected to go on a two-week summer recess after today’s session. https://www.marketwatch.com/story/no-2-house-democrat-says-its-not-clear-if-bill-extending-paycheck-protection-program-will-advance-before-recess-2020-07-01?mod=mw_latestnews

With California teetering on the edge of new mandated shutdowns, Phil’s BBQ is still planning on a delayed opening of its new location in Temecula this Friday.  The San Diego-based chain originally planned to open in the old TGIFriday’s location on March 23.  But the pandemic forced a delay.  It’s Phil’s fifth standalone location out of a total of ten and one of three offering sit-down dining which will begin at 50% capacity with health department guidelines observed.   https://pe-ca.newsmemory.com/?utm_email=448D049F345E3474246F94E669&utm_source=listrak&utm_medium=Email&utm_term=View+Today%27s+Newspaper&utm_campaign=press-enterprise-enotify

The first of two Mountain Mike’s Pizza locations in Temecula opened Monday in Temecula Town Center on Ynez Road.  The franchisee owns seven Mountain Mikes in the Inland Empire.  Another will open on Winchester Road across from Chaparral High School at as yet to be announced date.  The 40-year old chain has more than 200 locations throughout the West Coast and Utah. https://patch.com/california/temecula/mountain-mikes-pizza-opens-first-temecula-location

Legoland in Carlsbad had planned to reopen today, but now says it is delaying that until at least August 1.

House Democrats yesterday unveiled a plan to address climate change that would set 2050 as the target date for net-zero greenhouse gas emissions in the U.S.  It’s mostly the same outcome but on a slower timeline than the Green New Deal advocated by progressive Democrats last year.  Rep. Alexandria Ocasio-Cortz led that effort which called for 100% renewable and zero-emissions energy by 2030.  The new plan would require all new cars emit no greenhouse gases by 2035 – 2040 for heavy-duty trucks.  Power plant emissions would have to be zero-emissions by 2040 with all economic sectors following by 2050.  Supporters say the plan would save 60k American lives every year through cleaner air and save $8t through health and climate benefits. https://pe-ca.newsmemory.com/?utm_email=448D049F345E3474246F94E669&utm_source=listrak&utm_medium=Email&utm_term=View+Today%27s+Newspaper&utm_campaign=press-enterprise-enotify

On this day in music history – July 1, 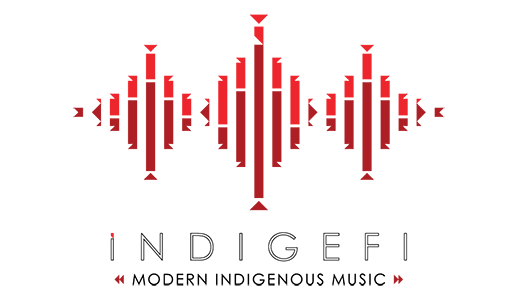